Cryptocurrency – Here To Stay Or Just A Fad?

What’s the future of Cryptocurrency? There are tons of opinions, but charts will speak volumes. I have done so much research on cryptocurrency, and what I see is the technology behind the scenes, and the potential to replace traditional currency. Cryptocurrency is based on blockchain using a ledger. I will explain all of this in the article.

To explain it simply, it’s a digital currency that can be bought, sold, traded for goods or mined. I will shorten the name to its common name, crypto.

Just like traditional currency, or FIAT, crypto has a perceived value, allowing it to be used just like FIAT. You can buy crypto with paper money, and you can buy paper money with crypto. That is one way to trade it. It also can be traded between other cryptocurrencies. Just like the stock market, value is based on exchanges. People buy and sell cryptocurrency on exchanges.

Cryptocurrency is not regulated. It’s not stored in banks, and there is no single entity that can determine the value. Crypto is kept in wallets. They can be paper wallets, software, hardware or cloud wallets. These wallets are made up of large alphanumeric codes.

When the crypto leaves one wallet it enters into a block with other transactions. These blocks are sent to miners or pools of miners. The miners validate the legitimacy of the transaction by the ledger. The ledger, just like a bank holds account information, transactions and balances.

As an example: Bob wants to buy a car from Joe. Joe wants Bob to pay in Bitcoin. Bob agrees and gives Joe Bitcoin for the car, transferring the amount from his wallet to Joe’s. Joe gets the Bitcoin, Bob gets the car. Sounds just like regular paper money, Right?

Now, what does the public BTC ledger see? It will see that Bob has the Bitcoin to actually give to Joe. It has seen every transaction in and out of Bob’s wallet and every wallet it has ever been in. It also has it’s created date. Every single Satoshi. A Satoshi is the smallest bit of a Bitcoin. 1 Bitcoin is actually 1.00000000. 0.00000001 is one Satoshi. It was named a Satoshi by the most probable person that invented bitcoin Satoshi Nakamoto.

This ledger is not in one place. It’s held in every miner. Miners validate and records the transaction through a complex mathematical calculation. It’s speed is measured in HASH RATE.

Every time miners validate a transaction more Satoshis are created as a reward for their effort. Here’s where the concept of Cryptocurrency gets really interesting.

Almost all cryptocurrencies have a coin cap or maximum supply. Bitcoin has a 21,000,000-coin cap that can ever be made. Once that cap is reached there will never be another Bitcoin created EVER! Also, there’s an estimated 4 million coins lost over the years.

Wrap your mid around that! This is where the value comes in. With 7.5 Billion People in the world, not everyone can own a Bitcoin. Since no government can make more of it, only the people can determine it’s worth.

There are many differences but here are the main ones. Crypto is not a centralized governed currency. Crypto is not something physical you can hold. Crypto is not government controlled. You have to use some sort of device to use crypto.

Of all the things that would keep cryptocurrency form becoming a world used currency and replace paper money, the fact that you need to have Internet to use cryptocurrency. The reason why that’s a problem is somewhere around 56% of the world has Internet coverage. That’s going to change. With SpaceX Global Internet access is close.

Is Cryptocurrency Here To Stay Or Just A Fad?

Everyone has an opinion, and we all know what opinions are like. So, in my opinion, Cryptocurrency one day will replace FIAT. I will not state my opinion on the value, but I will say if  John McAfee made his prediction for 2025, he would not have to eat his own thingy.

Bitcoin will probably hit $1 Million in 2025. However, the coins to look at are Litecoin and Ethereum. Reason being is Litecoin is based on the Bitcoin code. The big difference is it’s transfer rate is a lot faster, and there’s a higher cap. More people can own these coins making their availability for all to be greater.

There’s a new player emerging that Forbs has listed as the 7th blockchain companies to look out for in 2019. I’m invested already and you can have the opportunity to invest as well. For more information leave a comment or sign up for our newsletter. If you sign up under me you would be signing up to a team that has the highest affiliate in the company.

I hope this has helped you understand crypto a little better. It’s a brief article on purpose. and I tried to keep it as simple as possible. If you have any question please do not hesitate to ask.

To Find Out More About Cryptocurrency Join Our Newsletter 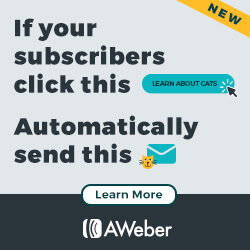